Community dialogues with police on gender based violence 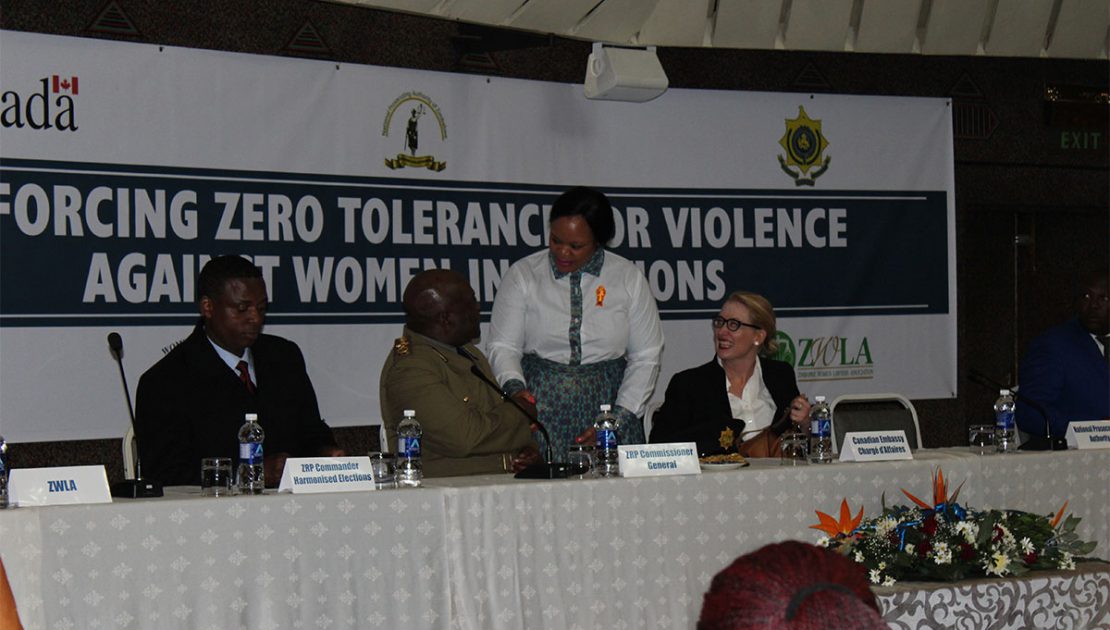 “I was abused in my marriage, physically and emotionally. My husband was a drunkard, and sometimes he would behave as if he is mentally disturbed or rather possessed with a demon. He would beat me up for no reason at all. Sometimes it would be for things he would have heard that someone else’s wife in the community did. The bashing was just to make sure I would never do what that other woman did. It became so bad that when the children saw him coming home they would run and hide. I became stressed as this had started affecting the children’s performance at school. I got fed up and months later I went to the Police to report, I did not know who to talk to but the police referred me to the Victim Friendly Unit where I received assistance” Tendai, Insiza Matebeleland

Tendai’s story is not unique. Several women are going through gender based violence every day. The good news is that WCoZ is in a partnership with Trocaire and the Zimbabwe Republic Police in implementing a community based campaign to promote increased access of police services by communities to address all forms of violence against women and girls

Community Interface Dialogues are under way across the country and so far Bikita, Mutasa and Insiza districts have been covered. The primary aim of these dialogues is to establish a platform through which the Police and women can meet and exchanges experiences and ideas on how to prevent GBV, address the issue of low reporting by survivors of violence and adequately respond to the cases of Gender Based Violence.