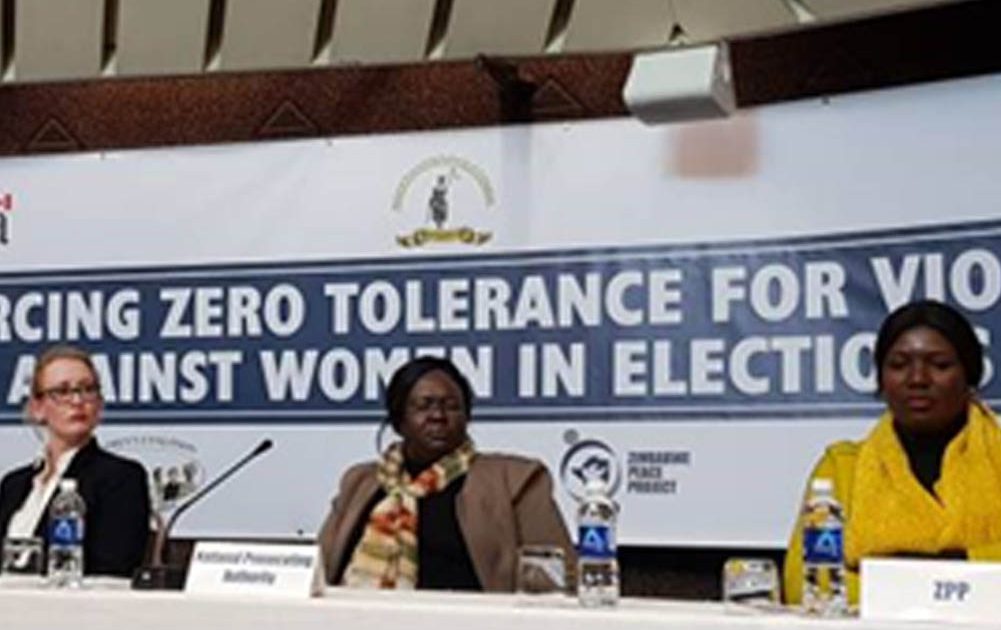 In Zimbabwe women’s political participation has made significant progress with women now actively participating in public and political life as members of political parties, party candidates, elected officials at local and national levels, ministers, and voters ie 54% of eligible voters in 2018 were women

However despite these encouraging advances, women continue to face multiple challenges in taking up positions in political and public life and remain under-represented at all levels of political decision-making as seen by only 31.5% females in National Assembly, 48% in Senate and 13.3% in local government

Violence against women and girls is one of the most serious obstacles to the realization of women’s political rights today. Women engaging in Zimbabwe’s elections as candidates, voters and election administrators experience violence in many forms. This is evident in the escalation of harassment of women and aggression in media, intimidation, sexual extortion and physical violence of women in politics, women in politics being forced to resign and public scrutiny of women in elections where commentary examines their appearances rather than their experience and policies.

80% percent of women parliamentarians have experienced some form of psychological violence from members of the public and fellow parliamentarians. 60% of violent discourse in the political space is directed at women (Inter-Parliamentary Union (IPU). Exacerbating the situation is Internet access and use which has extended the perpetuation of psychological, emotional and highly sexualized violence against women. 78% of posts online are against elected women. Women experience three times the amount of physical violence-related online sentiment than men, receive nearly double the proportional amount of psycho-social violent content as men, and experience a more constant flow of this content outside electoral periods.

Violence against women in politics represents a violation of women’s human rights to live free from gender-based violence and threatens gender equality and the building of robust and resilient democratic institutions.

Women’s Coalition of Zimbabwe (WCoZ) with Partners under the “Ending Impunity for Violence” VAWIE Programme are working together to respond, prevent and mitigate political violence against women and girls by: