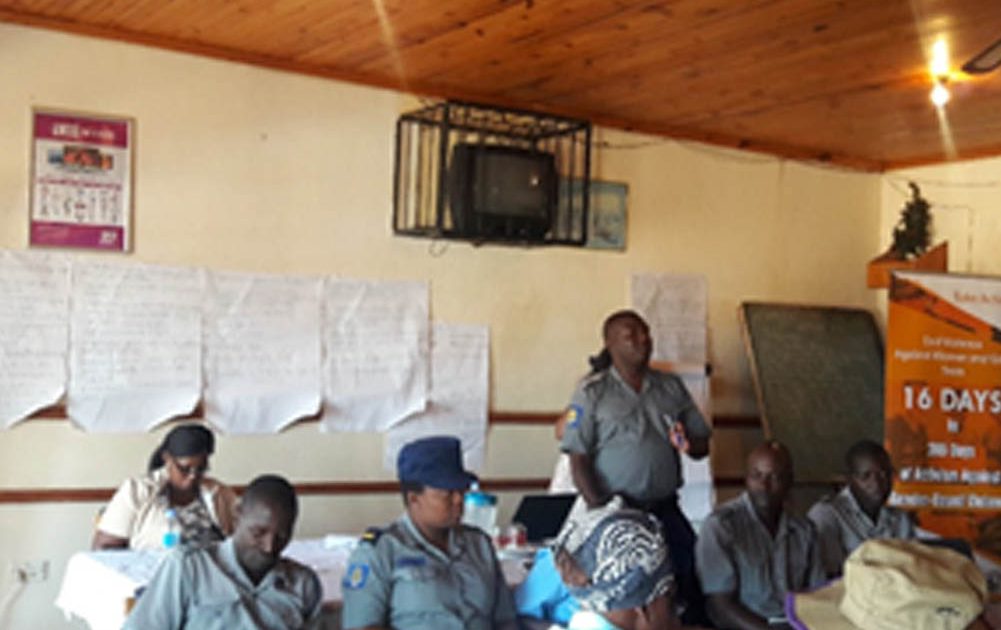 In Zimbabwe there are high levels of gender-based violence. According to the Zimbabwe SADC Gender Protocol Barometer, one in three women has experienced physical and/or sexual violence, mostly from an intimate partner. More than 68% of women experience physical or sexual violence, or both from an intimate partner in their lifetime and 60% of murder cases in Zimbabwe emanate from domestic violence. The police service is a key institution in the justice delivery system as it is the first point of call for survivors of GBV when seeking justice. However gaps in the legal justice system contributes to the insufficient reporting of incidents of violence against women and girls. The investigation of violence against women and prosecution of the perpetrators is relatively low and quite often women do not have the confidence to go to the police with their concerns and when they do the police response and capacity to register, report and investigate allegations of violence is often limited and subject to external influences including religious, traditional and community interests. As a result, many incidents of violence against women are not reported to formal law enforcement and justice institutions.

Women’s Coalition of Zimbabwe in partnership with Trocaire is implementing a community based campaign to address all forms of violence against women and girls through increased access to police services by communities. The project seeks to create an enabling environment for greater gender equality through lobbying and advocating for a responsive police service delivery on violence against women and girls. The goal is to be achieved through 3 outcomes namely;

The program will provide a range of solutions to Gender Based Violence including translating commitments, laws and policies into action to prevent and protect women and girls from violence, strengthening the capacity of police responses to violence against women and girls. Such responses include existing GBV related laws being enforced and enhanced capacity of police to prevent, investigate, prosecute and punish related crimes, to provide access to justice and legal aid and to assist and protect victims and witnesses.